Random Thoughts on "Attack of the Theocrats!"


Sometimes I really want to write in my blog, but I don’t have one cohesive, coherent thought. So, today I decided, so what? I am just going to write what is on my mind right now.

I just finished the book “Attack of the Theocrats: How the Religious Right Harms us all.”
Here are some awesome quotes from the book:

“If there is no God, no afterlife—indeed, if your life on this one small planet is infinitesimally short—then it makes you humble and it might inspire you to plan more carefully.” Sean Faircloth

I would also add that not worrying about an afterlife makes me feel free to enjoy this life and to take advantage of the time that I know I have here to be a good, kind, loving, decent person and to spend every day knowing that I will die. I do not try to be a good person because I fear being burned in hell or because I want a mansion in heaven. I want to be and do good simply because it is the right way to treat my fellow humans.

Here is another quote from the book along these lines from Steve Jobs: 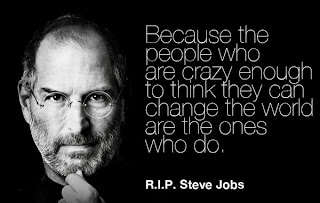 “Remembering that I’ll be dead soon is the most important thing I’ve ever encountered to help me make the big choices in life, because almost everything—all external expectations, all pride, all fear of embarrassment or failure—these things just fall away in the face of death, leaving only what is truly important. Remembering that you are going to die is the best way I know to avoid the trap of thinking you have something to lose. You are already naked. There is no reason not to follow your heart.”

Even though I have no idea what it feels like to know I will die soon, I have always tried to make decisions based on the “big picture” and tried to make sure to choose my battles carefully and see things from a “death-bed perspective.” When my oldest daughter was born, I remember having a conversation with my parents on the phone about how to raise her. They thought I should follow the James Dobson/Focus on the Family model and see my child as sinful from the beginning and make sure she was properly disciplined. I have always tried to live my life with the philosophy that life is short and I honestly try to use my own judgment and intuition as a mom, rather than listen to some dumb ass preacher who thinks that beating your kids makes them good. I have not been a perfect mom, but I can say that using this philosophy has worked for me and my kids. My kids have all turned out to be wonderful, kind, and productive members of society who have a good heart and who try to be good, moral and loving people. I raised them to think for themselves and I raised them to question things that did not make sense. I never wanted to teach them that just because someone claimed to be in authority over them, they had to “obey” them. I continue to believe that this has helped them to be confident and awesome adults who have their own mind and their own views. 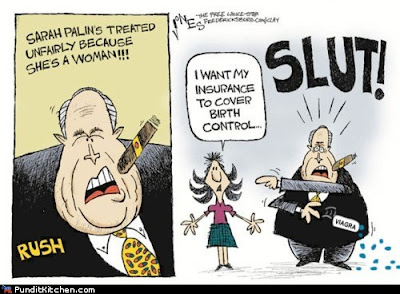 “You will hear Rush Limbaugh complain about “special rights.” Fundamentalists tell us to fear the specter of special rights for gay citizens, though of course, gay Americans aren’t after special rights—merely equal rights.” I won’t go on and on about this, but I am so tired of people trying to say that gay people are trying to get special rights. I am sorry that Rush is secretly gay and that is why he hates gay people, but it is not special rights to want the same thing everyone else has!!! Maybe one day Rush will come out of the closet and stop his ridiculous nonsense, but until then, I guess he has a right to say what he wants to say. I have a right to say he is an idiot!

Moving on to religion and how it is bad for women:

“According to a 2004 study, the most irreligious nations were the most likely to treat women and girls equally. The nations with the most sexist policies tend to be the most religious.” Sean Faircloth 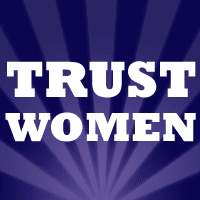 This one seems obvious to me, but this book backs statements up like this with facts and statistics. Most religions, when examined closely, try to keep women down. I mean, read the Bible! It is full of verses that basically tell us we are second-class citizens(or worse!). Preventing women from health care and giving them full disclosure to options available to them is the only way to prevent women from being thrown back to stone ages. Women like Elizabeth Cady Stanton, Susan B. Anthony, and so many others worked hard to help women get the freedom to vote, access to birth control and many are still fighting for women’s rights today. Why would we want to let one religion’s beliefs from an ancient book tell us how we can live in this day and age? We don’t!! So we need to say NO to politicians who want to take away women’s rights and the right to choose what is best. We need to TRUST that most women are smart and capable of making their own decisions and we don’t need anyone telling us what to do with OUR OWN BODIES! 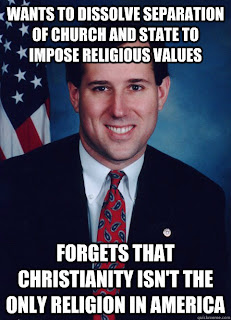 The most important message of this book is in the second half of the book where Mr. Faircloth talks about how we can make a change in our government and how secular governments needs to become the norm, rather than having our country run by extreme fundamentalists who: Hate women, hate gays, hate equality, and who think that blending religion and government is a great idea.

He suggests Ten Guiding Principles of a Secular America. “Our rejuvenated secular America will be guided by these moral imperatives:”

2) Any federal- or state-funded program, whether offering services domestic or foreign, that relates to reproductive health and intimate sexual decisions shall be based on science and public health, not on religious bias or the denigration of women or sexual minorities.

5) While marriage can be defined by a religion as that religion so chooses for the purposes of its internal ceremonies, our government shall never impose a religious bias on the definition of marriage.

6) When facing the end of life, all Americans shall be guaranteed control over their own bodies, without being thwarted by religious bias.

7) America’s youth shall never be subjected to religious bias in education. If there is one penny of government funds involved, there must not be one iota of religious bias or propaganda. 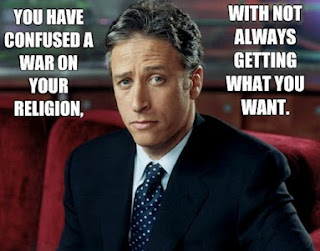 8) The composition of our Congress and legislatures shall include Secular Americans, and there must be no political bias against secular candidates

9) There shall be one consistent standard pertaining to the health and welfare of children, no matter the religion of a child’s parents, school, or child-care center. Religious extremists can do whatever they want to their own bodies, but children shall be treated as human beings, not as pawns to be sacrificed in the name of religion.

10) Medical, technical, and scientific innovation shall be dedicated to the health and advancement of our fellow citizens and must never be impeded by religious bias.

Feel free to leave your respectful comments. Any hateful comments or anything that is just plain RUDE will be deleted. If you feel the need to rant and preach, feel free, but you are better off going to a Christian blog where people will agree with your silliness. I don’t need you to quote the Bible for me- I have read enough of it in my lifetime. Thanks!

Hugs and love to all of you!

Get the Kindle version of Attack of the Theocrats here!