"Jesus Freak" is not a Positive Label

"Who will say with confidence that sexual abuse is more permanently damaging to children than threatening them with the eternal and unquenchable fires of hell?"

I was thinking today about all of the strange practices of the churches we attended as I was growing up. It really makes me feel even more freakish when people who have been swallowed up in a church/cult themselves and hear things about my life and are shocked. That is bad, right? Here are a few of them:

1) One thing that people find interesting is the fact that my parents always told us as we were growing up that there was no such thing as dinosaurs. When we would ask about them, we were told that scientists were "making up" dinosaurs to prove evolution, which, to them was a lie. So, as we got older, my brother and I would wonder where all the bones came from. We asked my mom one time where the bones came from and she told us that they made the bones to help scientists to continue lying. (watch this hilarious video "explaining"dinosaurs) I would have had an easier time believing that we evolved from apes. It was so hard for me to buy the story of Adam and Eve. Church people always want to say that Eve (that evil bitch) was the bad one here. The man is off the hook because he was tempted by eve to eat the fruit. Oh I could go on, but I started thinking about the inconsistencies of God creating the world. If there was nothing, then where the hell was God? Sitting in nothingness waiting to create us? And if he is all-knowing then what kind of “good” all-knowing being would create people that he knew he was going to wipe out with a flood and start over. If we were in church to learn to be moral, this seemed a bit evil to me.

2) We were also not allowed to listen to “The devil’s music.” My boyfriend, a wild Vermont farm boy who listened to heavy metal as a teen, laughs when I tell him that my brother and I thought we were badass growing up because we listened to “The Carpenters” and “Ronnie Millsap” Oh, I am laughing as I type this. If the music had drums in it, at all, then it was devil music.

(My brothers and I had a difficult time with this reasoning because some people, who claimed to be Christian, had drums in their churches. So, we started thinking that perhaps my parents were wrong. Which really, when I think about it, got me to start thinking that perhaps they made this god up to control us. Hmm or maybe they believed this stuff? I would like to think that my parents are smarter than that. I think that they were so engulfed in this cult of a church they did not know any better. The church taught that questioning things was wrong. Knowledge outside of the church was frowned upon. This is one reason why I did not get to graduate from high school when I was supposed to. My parents moved across the country in the middle of my senior year and could not afford a private school for me, but refused to put me into a public school where I would be indoctrinated and become badly influenced by “worldly” teenagers. So I sat around and read romance novels that my brother snuck to me from his library runs on his bike. I also listened to rock music EVERY time my parents left the house. Badass, I tell ya!)

3) People in most of the churches that I attended told their children from a very young age that if they were not "saved" by asking Jesus into their hearts that they would burn in a burning lake of fire for all eternity. I worried constantly as a teenager that I (or my TuTu-grandma-who was "unsaved") would have to spend my after-life in tourment because perhaps I didn't say the right words, or pray the right prayer. This is abuse. Plain and simple. There is no loving god who would tell his followers to "love thy neighbor as thyself" and then turn around and burn those neighbors (and their small, unsaved children) in eternal hell-fire because they read the wrong bible. I will never buy that! It is expecially sad that people are telling their small children lies like this. It looks to me like control- and abuse! [This was added as an update on February 18, 2010 because I felt it was a necessary addition to this entry]


4)  Women were not allowed to speak in most of the churches that we attended. They were only allowed to sing, teach Sunday School (To kids) or speak to women’s groups. This sent a very strong message to me as a child which said, “You are not important as males.” Men were “the head of the household” and women were to obey and submit to their husbands' wishes. I had a real problem with this, even as a shy child who wanted to please my parents. At around age 14, like most kids, I really started getting angry and could not see the reasoning my parents and the church followed. I began to see the church for what it really was and this caused me some real problems with my parents. More on that later.

What about you? Do you have any strange practices from your former Christian life you would like to share? Have at it! 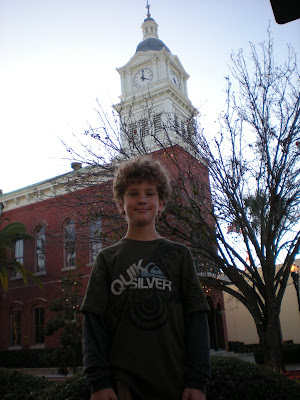