Where Do I Get My Morality?

I recently had a Facebook conversation with someone that made me remember why most Christians annoy me and turned me off from Christianity. The conversation started as my son-in-law wrote a note on his page that I was determined not to comment on. I strongly believe that people have a right to state their views without having people become rude with them on Facebook.

Although I did not agree with most of what he wrote, I let it go. I love my family and usually find it is smarter to keep my views to myself when it comes to them. Then my other daughter made a comment to one of my son-in-law’s arrogant “Christian” friends and then I felt the need to jump in and defend her. Call me a mama bear. Whatever.

There were many things that annoyed me about what this arrogant dude said: “Evolution is a poor theory,” “I think it is perfectly rational that Noah got two of every kind of animal on the ark” and “Most wars were not fought over religion.” But this is what really pissed me off the most: (said directly to me)

“I need God as my “crutch.” But not as my crutch only but my only foundation, my presupposition for viewing the world. All other worldviews pale in comparison to the inclusiveness, The logical solidity and moral purity of following Christ..."

Then he said “The Bible says, ‘God looks upon the heart.’ He is not interested in outward expressions of morality and goodness.[Note from me: this must explain why so many “Christians’ are some of the most rude, unkind, unforgiving people I know, they figure it just does not matter to god] As I saw on a T-shirt once: God wants spiritual fruit, not religious nuts.” [God must not want him then!]

Then, get this. He said, “Let me ask, where does your (or ANY morality) come from?” [Is he REALLY implying that I have no morals SIMPLY because I do not believe in his god?]

I have to say that since my daughter was just recently married and I love her and I love my son-in-law I refrained from telling their friend off in a not-very-nice way. In his thinking; as long as people are pious and arrogant like this dude, “god” is just fine if we never feed the homeless, give to the poor, help our friends when they need us, raise our kids to be good and kind and moral people, etc…? Their god just does not buy that?

Did he really ask me where my morality comes from? Did he really call himself logical and morally pure? I HATE it when people say things like “God is not interested in outward expressions of morality and goodness.” Really? Did he tell you that personally since you are such a good and spiritual person? I also hate when people say things like “God hates fags” and other dumb expressions like that. 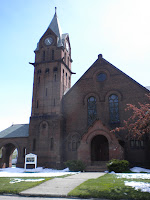 Frankly I don’t really care what god wants or thinks. I have never seen any evidence of a god, therefore when people say things to me like:

Or any other such comment, does not affect, distrub or encourage me. It does annoy me though because even if there were a god, I think it would be incredibly arrogant of a person to assume he or she knows what god wants and to believe that god personally talks to them (ie… see how special I am?).

So, to answer this dude's question, I get my morals and my ethics from my own conscience. If something seems or feels wrong to me- like stealing from a store, I don’t do it. If I feel badly when I do something, I stop doing that thing that makes me feel badly.

I was taught as a small child the difference between right and wrong, good and bad, and moral and immoral. If you are going to use the bible as your moral compass, do you really think you would kill your child (like Abraham was ordered to do) if god told you to? HELL NO! YOU WOULD NOT! You would realize that “god” was off his rocker and you would not kill your own child. Why? Because you love your child and you know it would be morally wrong to do it, no matter what.

I think all people should aim to be good, kind, loving, moral, ethical, understanding, tolerant, generous, affectionate, warm, devoted, honest, decent, honorable, open-minded, charitable and giving no matter what their religion may be, and no matter if “god” sees it, or cares. Living one’s life in fear of what will happen in the afterlife is a waste of time! Why don’t we aim to live this life to the fullest and while we are at it, try to make the lives of others good too?

Watch this great video by the “Thinking Atheist” on YouTube about morals and god.

This video, by Christopher Hitchens explains in a perfectly logical way why the biblical ten commandments are a waste of paper (or tablet) haha!

Okay, I am adding this too, don't want to leave out my favorite YouTube dude nonStampcollector. This video shows the irony of some chrisitans asking atheists where they get their morals.
As always, respectful non-hateful comments are welcome. It is not a good idea to preach to me. Go to a relgious website for a preaching platform.